Is this Cape Town?

I don’t know about you, but if a movie is shot in South Africa I can tell. Within five seconds of a Volvo ad screening on TV, I can detect Chapman’s Peak or the Karoo or a shot in Cape Town central – no matter how hard they try to disguise it. So blow me down (and away) if one of 2011’s blockbusters (and one of my favorite movies), Chronicle, wasn’t shot in South Africa and I didn’t even smell a rat or fynbos or the salty spray of the Atlantic at Clifton for one milisecond. Even if you check out the photo to the left, try and see Cape Town in there somewhere. As one American critic noted, director Josh Trank did an amazing job with the movie, not least of all in transforming South Africa into Seattle.

The story in Chronicle is a simple one. Three high-school kids discover a hole in the ground that seems to have been made by a meteorite, go into the hole, and then, zap!, something happens to them. They all inexplicably develop telekinetic powers – they can do fun things like move cars by pointing their fingers and they can fly – and plenty other things an 18-year-old could have fun (and get into trouble) with. But all of a sudden, of course, things start to go wrong in a bad way. It’s a very smart movie, written by Max Landis (whose father, John, made movies like American Werewolf in London) that has you guessing all the time. And I don’t mean just the location. The subject of Dereck and Beverly Joubert’s full-length documentary, The Last Lions, is simply – and sadly – just that. It’s about the last lions of Africa. Which is exactly what they will be unless people take action. Fifty years ago there were 450,000 lions; now there are an estimated 20,000 left. All that in a mere half century. This has been caused by the encroachment of civilization, poaching, and sport hunting.

Watch the Trailer and $10 Goes to Save Lions

It’s a fact learned by few people who go on safari. They don’t realize that the animals they are watching, enjoying, enthralled by, might not be there for their own children to one day see. And that’s what the Jouberts, who have been filming predators in southern Africa for twenty years, mostly for National Geographic, are trying to do with The Last Lions. They want to make people aware of the beauty and irreplaceable richness that will die when the predator cats do.

The Jouberts follow one lioness, who, with her three cubs, flees a pride of females and settles on Duba island in Botswana. The rest of the movie is about her battle to keep her family alive, to feed them, and to fend off attacks by other cats and a massive herd of buffalo. It’s a story of Africa’s wildlife, heartbreaking at times, but it reminds you what’s at stake. Lions in all their glory.

Financed by National Geographic, which has launched Cause an Uproar in order to spread information about the plight of lions.  Also, The Big Cat Initiative, which was started by the Jouberts and National Geographic, is working in Botswana, Cameroon, Kenya, and other countries, to try and halt the decrease in the number of cats. As Dereck Joubert says, “We are fighting for one cat at a time.”

As stakeholders in the Great Plains Conservation, which owns properties in Botswana, Tanzania, and Kenya – such as Duba Plains, where the movie was filmed, and Ol Donyo Lodge – the company puts money back into conservation and cat programs and anti-poaching. To support their company and its properties is to support wildlife. 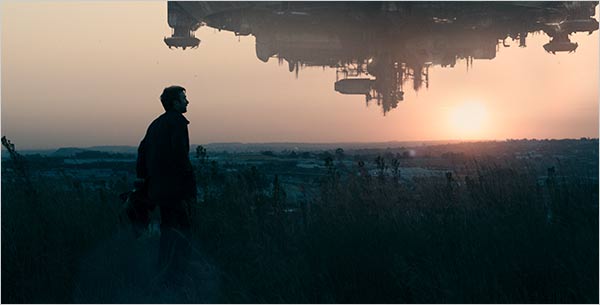 When Die Antwoord played in New York a couple of weeks ago, Neville Ross was trying to get them to pay a visit to the coffee shop that he has opened with Nick Carnavale. … END_OF_DOCUMENT_TOKEN_TO_BE_REPLACED

I don't know about you, but if a movie is shot in South Africa I can tell. Within five seconds of a Volvo ad screening on TV, I can detect Chapman's Peak or the Karoo or a … END_OF_DOCUMENT_TOKEN_TO_BE_REPLACED

The New York Times today carried an op-ed piece by South African-born, Rhodes graduate Greg Smith decrying the state of his employer, Goldman Sachs. Titled "Why I am Leaving … END_OF_DOCUMENT_TOKEN_TO_BE_REPLACED

New York City finally got my bicycle. I knew it would happen sooner or later. The warnings were there. The last time I went to the bike shop to check on which locks were best, … END_OF_DOCUMENT_TOKEN_TO_BE_REPLACED

We all know that Cape Town is being used a lot for movie shoots and ad shoots, often doubling for a city in America or elsewhere. This week sees the launch of Safe House, an … END_OF_DOCUMENT_TOKEN_TO_BE_REPLACED