If it is the week of the opening of the General Assembly, you know for sure that New Yorkers are going to be grumbling about the traffic, because avenues and streets all over the place are closed off for the dignitaries arriving in their thousands. One dignitary in particular – yes, that Iranian with the name no one has learned how to say, even after he stole his second election recently – earns special anger and hatred in town.

Today on 47th Street, or Dag Hammarskjold Plaza, which is the closest you can get to the United Nations, Little Tehran was out in force, selling anti-whatsisname badges, calling him the worst names in the book (as if he cares), and basically showing the kind of resistance they can’t do in Iran.  Some other lackluster protesters were around too, like the Ugandans carrying posters saying “Stop Poisoning Uganda”.  Lining 47th Street, more curiously, were dozens of black men who could have been extras from the old James Bond movie ”Live and Let Die’. (Remember, where Roger Moore saves Jane Seymour on a Caribbean island?) In their dark suits and bow ties, they looked like they were dressed for a Jamaican funeral, although the wires sticking out of their ears suggested they were secret service men there to stop any of Little Tehran’s revolutionaries from throwing something at the man on the button (see above). 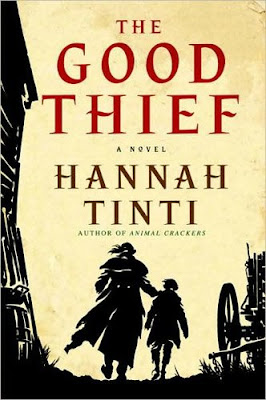 The Good Thief by Hannah Tinti is Robert Louis Stevenson for 2009. It could be set in Charles Dickens’ England, with youngster Ren an orphan and without one hand, but it takes place  somewhere in the American Northeast and finishes in a very odd town called North Umbrage. But lots happens before that – and happens on every page! A mean priest runs the Catholic orphanage until, one day, a handsome, mysterious stranger plucks Ren out of his misery and plunges them both headlong into an adventure chock full of murderers, fortunes, gravediggers, and a dwarf.  And that’s only the start.

When Die Antwoord played in New York a couple of weeks ago, Neville Ross was trying to get them to pay a visit to the coffee shop that he has opened with Nick Carnavale. … END_OF_DOCUMENT_TOKEN_TO_BE_REPLACED

I don't know about you, but if a movie is shot in South Africa I can tell. Within five seconds of a Volvo ad screening on TV, I can detect Chapman's Peak or the Karoo or a … END_OF_DOCUMENT_TOKEN_TO_BE_REPLACED

The New York Times today carried an op-ed piece by South African-born, Rhodes graduate Greg Smith decrying the state of his employer, Goldman Sachs. Titled "Why I am Leaving … END_OF_DOCUMENT_TOKEN_TO_BE_REPLACED

New York City finally got my bicycle. I knew it would happen sooner or later. The warnings were there. The last time I went to the bike shop to check on which locks were best, … END_OF_DOCUMENT_TOKEN_TO_BE_REPLACED

We all know that Cape Town is being used a lot for movie shoots and ad shoots, often doubling for a city in America or elsewhere. This week sees the launch of Safe House, an … END_OF_DOCUMENT_TOKEN_TO_BE_REPLACED